There are many opinions about this, but what does science say? If you’re concerned about your health and well-being, here’s the answer to this question in detail, including how each option affects digestion, your weight and general well-being.

Roti and rice are two staple elements of Indian cuisine and I’m sure it’s part of your breakfast, lunch, dinner or all three, but which one is better, roti or rice? Which is the best variety of both the grains? Are you eating the wrong grain on a daily basis?

Yes, in this article I am going to debunk some of the biggest myths around these two grains, as the knowledge about them is rare. By the end of this article, you will have a clear idea as to what is best for you and how you should be consuming it for maximum benefit. So without any further delay, let’s get started.

First of all, compare the nutritional information of whole wheat roti and white rice as these are the two most common varieties people consume nowadays.

One medium-sized roti will give you around 100 calories, 20 grams of complex carbohydrates, 3.5 grams of protein, 2.5 grams of fiber and a negligible amount of fat.

On the other hand, one serving of cooked white rice will give you 242 calories, 53 grams of simple carbs, Looking only at macros, roti wins and quite obviously because it is whole grain, which rice isn’t.

Whole grains are way richer in vitamins and minerals that support the functioning of skin, hair, and all other body parts. We should also discuss the glycemic index of roti and rice, as I am sure many of you would be concerned about it.

Roti tends to have a lower glycemic index than rice, meaning it converts more slowly into sugar and causes less of a spike in blood sugar levels. This, in turn, can lower your risk of type 2 diabetes, cardiovascular disease and even certain cancers.

Because roti also has a relatively low glycemic load compared to other grains like wheat and barley (and even brown rice), it’s considered an ideal food for people with diabetes. If you are looking at overall health impacts, roti is likely a better choice than rice.

The glycemic index, GI, measures how a certain food affects blood sugar. In general, foods with a high GI (above 70) cause our blood sugar to spike. Over time, spikes in blood sugar can lead to insulin resistance and increase your risk of heart disease and diabetes.

Compared to other grains such as quinoa and buckwheat (GI of 15), rice does not rank too favorably on the glycemic index scale. When you’re looking at it from an overall perspective, however, there are benefits associated with consuming high-GI foods that should be taken into consideration when talking about how healthy it is for you.

Now, let’s talk about gluten briefly. Gluten is a plant protein found in beets, whereas rice is gluten free. Does this mean you shouldn’t eat wheat, as the west is screaming the new fad about gluten free diets? Not really.

One should only avoid gluten if they are allergic to it, just like you would avoid peanuts if you were allergic to them. Minor digestive issues related to wheat consumption can easily be addressed. Apart from white rice, there are many other varieties of rice that are becoming popular.

Most of us are not aware that Roti contains more fiber than rice. Fiber is an important nutrient in any healthy diet, and a cup of roti contains 8 grams of fiber, while a cup of rice has less than half that (3.5 grams). For those watching their weight, roti can be a far more satisfying option than rice.

It takes longer to digest due to its higher fiber content, and also makes you feel fuller faster—making it easy to stay away from unhealthy snacks during times when you’re feeling peckish! When purchasing Roti, try looking for varieties that are low in fat and sodium as too much saturated fat can increase your risk of heart disease and hypertension.

Since rice is quickly digested, you feel full sooner. This means that you tend to eat less of it in one sitting than you would with roti. Although roti takes longer to digest, there’s a greater calorie count in each bite because it has more fiber than white rice.

So, if you really want to cut back on calories and lose weight (which most people do), choosing white rice over roti is your best bet. The fact that rice doesn’t contain much fiber actually makes it an ideal food for diabetics because unlike other carbs, it doesn’t have much of an effect on blood sugar levels.

The first point that we have to take into consideration here, is that when you eat rice, it takes a long time before you feel full. In fact, it could take about 20 minutes or so to reach your satiety level.

You don’t necessarily have to wait until then if you want to leave a bit of space in your stomach and feel satisfied immediately after eating.

If you’re someone who loves rice but finds it hard to control yourself while having meals at restaurants, then it might be best if you switch over rotis as they are easier to chew and digest.

So Which One Is Better For Health?

There are lots of choices when it comes to picking your staple food. Both roti and rice are great sources of energy, but they differ in other ways. Roti tends to be lower in calories and higher in dietary fiber, while rice has a more neutral effect on blood sugar and carbs.

Some studies have even suggested that eating a high-fiber diet like roti can help prevent colon cancer. All things considered, there’s no clear winner here—it really just depends on your personal preference!

With delicious options like Mexican Tortilla Bowls (Rice) and Easy No-Fry Shrimp Pulao (Roti), you can satisfy your taste buds as well as your tummy!

Every day, you make decisions that affect your health, both directly and indirectly. These decisions might seem small at the time, but over time they will add up to have a major impact on your overall health – both physical and mental.

Making healthier choices will help ensure you live the healthiest life possible. One of the biggest decisions you have to make every day is what to eat for dinner.

A typical diet might consist of 40% carbohydrate, 40% fat and 20% protein. These ratios can vary depending on a person’s age, weight, lifestyle and goals, but they provide a good baseline to work from.

Depending on your personal needs and preferences, opt for one type of carbohydrate over another.

For example, if you need to lose weight quickly (or plan to be really active), high-GI carbs like white rice and white bread might be great choices.

You’ll have enough energy to get through your day without feeling lethargic—plus you’ll see results fairly quickly as your body burns off those carbohydrates as fuel.

Is roti or rice better for weight loss?

When it comes to weight loss, roti has an advantage over rice. Roti is made from whole wheat flour, which contains more fiber than white rice.

Fiber helps fill you up and can help regulate blood sugar levels, both of which are important for weight loss. Additionally, roti typically contains less calories than rice.

Which is healthier roti or rice?

There are many factors to consider when trying to determine which is healthier – roti or rice. Both are grains that form a staple part of many diets, but they have different nutrient profiles.

Roti is made from whole wheat flour, while rice is a refined grain. This means that roti has more fiber and nutrients than rice.

Some people believe that roti, a type of Indian flatbread made from whole wheat flour, can increase belly fat. However, there is no scientific evidence to support this claim. In fact, roti may even be beneficial for weight loss.

A study in the Journal of Nutrition and Dietetics found that participants who ate roti had lower levels of the hunger hormone ghrelin than those who ate rice. This means they felt fuller after eating roti and were less likely to overeat.

Which digest faster rice or roti?

There’s no clear winner when it comes to which food digests faster, rice or roti. Both are broken down and absorbed by the body at a similar rate. However, there are some differences that may make one or the other better for your health.

Rice is a good source of complex carbohydrates, which provide energy and help to regulate blood sugar levels. It’s also low in fat and contains some essential vitamins and minerals.

If you’re trying to lose weight, you might want to switch to roti. A study published in the Journal of Nutrition found that eating rice was associated with higher body mass index (BMI) and waist circumference.

The study’s authors believe this is because rice is a high-glycemic food, meaning it causes your blood sugar to spike quickly. And when your blood sugar spikes, your body releases insulin to bring it back down. But when insulin levels are constantly high, it can lead to weight gain.

Hey, I am Swapan Kr. Mukherjee, a graduate, professional blogger and a youtuber who love to share the experiences with you and deliver some buying guides through this blog. I have been researching the best products and  reviews for more than 5+ years and gathered a lot more knowledge during this period which I sharing with you.
View All Articles 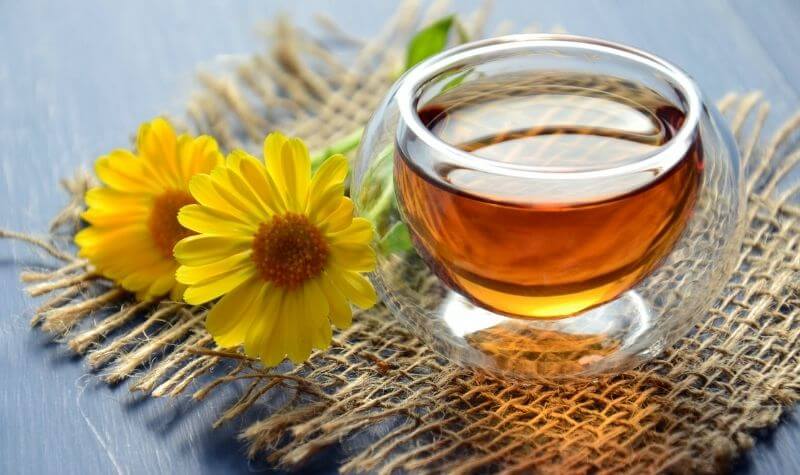 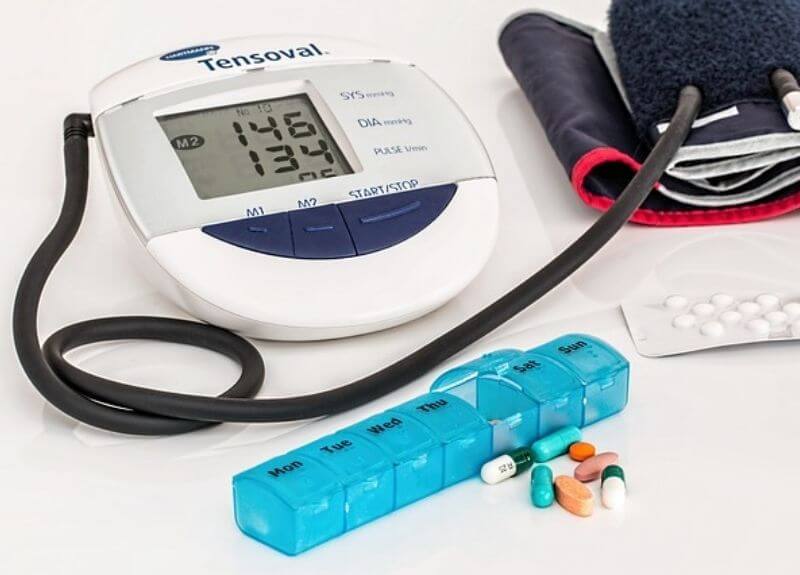 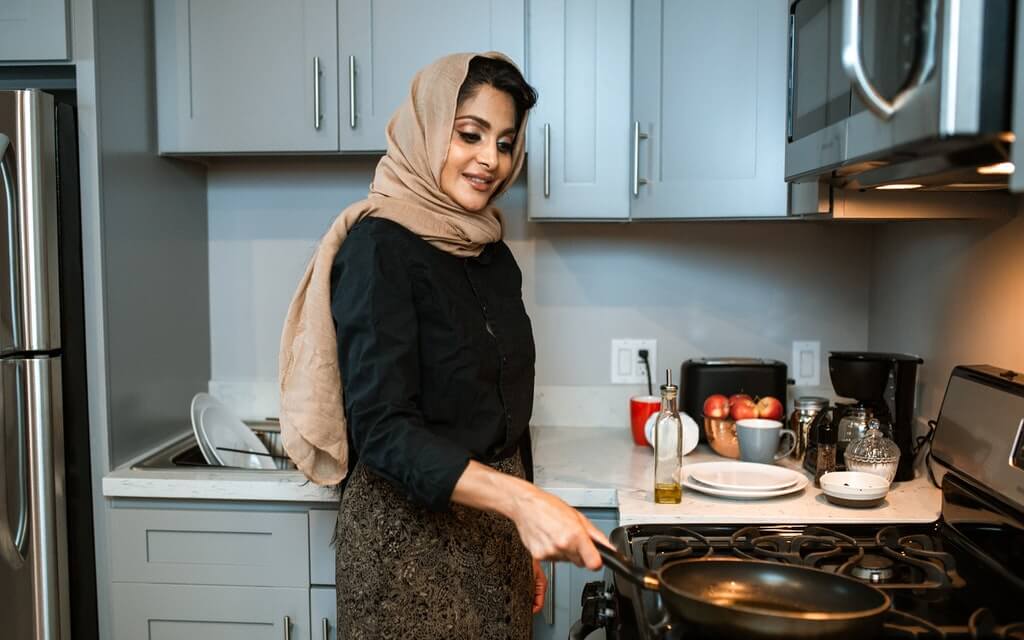